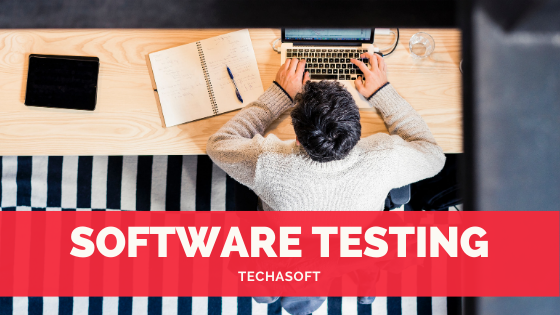 Now a person who has been into software or has written codes knows that software is a tricky thing. The codes that you have written may contain bugs or the compiler may suddenly do something unpredictable which may result in the application behavior problem and similar issues may arise. To ease these and solve them software testing comes to rescue.

In a nutshell – Software Testing is both an art and science of checking the software,  for some problems due to which it may behave in an unexpected way. The main motive of these software testing conducted by the software testing company is to correct the flaws within their application before it impacts the users. Also, it should be kept in mind that the poor testing may lead to unstable applications with unaccepted development problems.

There are a lot of different methodologies present in the market for software testing like – Unit tests, Integration Tests, Smoke tests, Functional Tests, Acceptance test and Regression Tests. Then coming to the modern types of software testing we have the following :

1 ) SHIFT - LEFT AND SHIFT - RIGHT TESTING: Shift – left and shift – right testing is one of the most recent of the testing trends among the modern types of software testing. The software companies conduct the test of shift-left earlier that is as soon as the code is written. On the other hand the shift – right test is conducted once the software is in production – that is in order to identify the problems that may affect the performance or may lead to usability errors. The concept of the strategy of this software testing is related with the DevOps.

2 ) TEST AUTOMATION: Test automation is not a completely new idea in the field of software testing. Selenium has a framework similar to that of Test Automation and selenium has already existed in the mid of the 2000s. Also, it should not be forgotten that these automations are the most important to keep pace with the rest of the software delivery pipelines.

3 ) DEVOPS: DevOps is the set of principles that is used to reduce the time which is needed from the development of software to it’s operation. Broadly speaking, even DEVOPS is not a new concept but it’s popularity has grown over the last 5 years and also it has gained tremendous support from the different business organizations. It also includes the QAOps which have one goal that is to fully integrate the software.

4 ) AI AND SOFTWARE TESTING: It is self healing for the automated test scripts. This test can reconfigure itself and even run successfully after a failed test. It can also respond to a configuration change within testing environment. Moreover, it’s analytics are becoming increasingly important for interpreting test data.

5 ) BIG DATA TESTING: Big data testing comes to rescue when large amount of data that is terabytes of data is to be tested. It’s main aim is to test the quality of the data so that users can get started with it. But, this cannot be processed by traditional computing techniques.

Recently, IT has been automating more test than ever. The software testing is mostly done in the middle that is after the application has been built and before it is released. Now, through this article you know the various types of the most recent software testing which is performed by leading Software Development Companies like Techasoft.