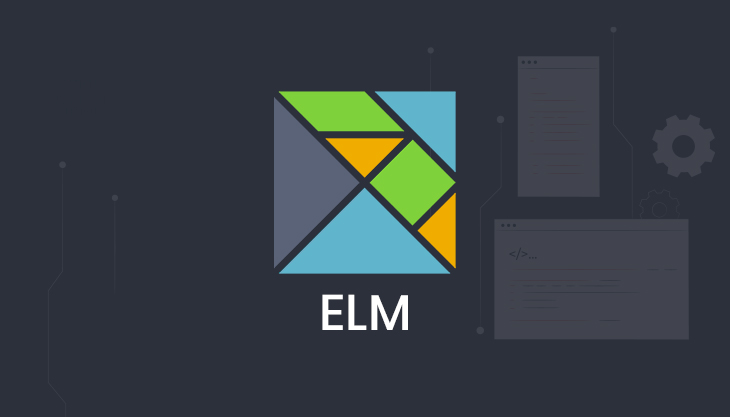 What would happen if all of a sudden, this blog turns into Arabic? Most of you would just put your hands up and click out. You have many other websites to find the answers of your search somewhere else. The fact that this is being written in English, and the fact that you can read this language; is the reason that we are able being to understand and communicate here. In a similar fashion, a Programming Language is the medium through which human communicate with digital devices, and make them able to perform specific tasks. The Programming Languages like any other language is made up of words, and punctuation marks, which together form a code. The developers develop the code for software programs, applications, etc. using Programming Languages such Java, JavaScript, C++, C#, CSS, XML, Kotlin, Swift, Go, Python, Ruby, Scala, Elm etc. and the devices such as computer, smart phones, etc. process them.

Today we are about to discuss one of the Programming Language Elm. Elm Programming Language was developed in 2012 by Evan Caplicki, with the vision of ‘Rethinking web development’. So, without any further ado, let’s take a look at the basics of what exactly Elm is, understand its basics, and what makes it the best functional Programming language on your browser for front end development.

Remember that even though the implementation Elm complier targets JavaScript (along with HTML and CSS), it is neither a JS library nor framework; and is completely focused on its performance, usability, as well as robustness.

Elm is an easy language to be learned, it’s errors too can be easily understood, and  it is easy to maintain too. The focus of the designer of this Programming language was on the convenience and need of the user. Thus, it is a usage-driven design, having minimal language features and is thus rather easy to learn. Not only that, even its error messages are very clear, easy to understand, and very friendly state what is wrong with the program. Along with the error messages, the compiler of Elm also gives ‘hint’ which gives suggestions for fixes determined on the basis of what may have been the intentions of the programmers. And last but not the least, Elm is easy to maintain, as opposed to JavaScript which by the way is rather difficult to maintain.

Modelled upon the mature functional programming concepts, Elm is a Functional Programming Language. The newer versions of Java too allow for functional programming, however they are not purely functional and have various language constructs. Elm on the other hand is Purely Functional. It gives same outputs for same inputs, and there are no state, no side effects. Here, everything – the union type value, record the name, the operators, etc. –is a function. Thus, the user has no choice but to think in a purely functional way.

Elm is a strongly typed Programming Language. Even though Java supports generics, they were added later. Thus, its types are not generic. On the other hand Elm’s types are generic if not specified otherwise. Just like Huskell and other languages, elm uses static typing and thus its complier is able to help us create correct code. Also, it’s complies never allows operations on wrong types, so, the user should to add declarations of the types on separate lines.

Elm compiles to JavaScript, but is no JavaScript library or subset; and can be executed on a webpage. Elm is a domain-specific language, and its purpose is to write the client portion of the web applications. Thus, Elm writes the business logic along with the presentational part, thus providing benefits of  HTML and JavaScript.

Elm does not allow for mutation. This is because it has only constants; which enables Elm to render HTML rather quickly. Also, Elm, similar to React, makes use of Virtual DOM and Doffing.  In doffing, the current and the new Virtual DOMs are considered for differences. Thus, the Virtual DOM enables fast update in the elements which require change, and doesn’t fore re-rendering of the complete page, making Elm faster. It’s found out that Speed wise Elm beats Angular, Ember, as well as React Programming Languages.

Elm Programming Language is highly reliable as it does not produce one time exceptions and practices. Thus there are fewer bugs in production and there are no errors occurring during code execution after the compilation. Not only that, its type system is also very safe with no null values, no runtime errors, and control statements which deal with all possibilities.

The above mentioned were a few features of the Elm Programming Language. Another of its special function is its interoperability with JavaScript, HTML, and CSS. It’s ports communicate with JavaScript, and its library can be used to write CSS and HTML within Elm. Also, there are many benefits of using Elm, for example it allows for use of just one language and one i.e. Elm syntax which is very expressive. Also, as mentioned earlier, it is rather easy, reliable, and fast. So, why not go for Elm? This overview as to help you making the final choice.