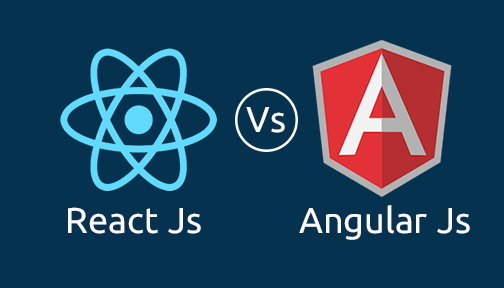 React JS vs Angular JS: Which one is Most In-Demand Frontend Development Framework and Why?

Java scripts are huge in demand among the software developers and programmers as it is a very popular and easy language and building via this language is a thing of fun for the developers. This language interests the most, even the freshers or the learners find this particular language interesting. But besides all of this, there is still a place of confusion that is, which framework to select for developing.

The Frontend development company uses the two best frameworks that are – React JS and Angular. To the software development companies like Techasoft both of these Javascripts are a priority and often when it comes to choosing one Javascript they remain mystified as to which one to go for. Also, when it comes to freshers choosing the right framework for both server-side rendering and client-side rendering it becomes difficult for them. Whereas if they select the wrong one, it may affect their project's ability to overpower and surpass the difficulties and also they may fail to meet the deadlines.

Here in this article we are to discuss that between the two Java scripts React JS and Angular which is better and before drawing a conclusion we must take into account all the features of both the Java scripts.

Community support of Angular JS – When it comes to community support the Javascript Angular becomes unbeatable. It is supported by a large number of active communities of Google. The reliability and the consistency of this particular framework keep growing as the software developer, designers and programmers keep on working together helping each other reach shoulders resulting in the growth of this Javascript.

Community support of React JS – React JS is maintained by Facebook. React has good community support but not as much as Angular. Nevertheless, it is not far behind as great companies like Twitter and Airbnb use react.

Migration of Angular – The Angular Javascript is upgraded twice a year with the newer versions. These upgrades are released to make the necessary changes required. The latest version is 7.0 and the developers have faced so many breaking changes since it’s release.

Application of Angular – Angular is the most widely used Javascript for large applications like music steaming, streaming of videos and this owes to the fully blown nature of Angular.

Application of React – On the other hand, React being a library is good for single page applications where too much of formatting isn’t required.

Popularity: We can have an overview of the popularity of both the Java scripts by the given table

From the above table it is clear that React is more popular.

Angular: Angular was released by Google in the year 2010. Angular was extremely popular until the year 2016 but started loosing it’s popularity after that. It is a complete framework.

React: React was released by Facebook in the year 2013 as a library to build interactive – interfaces and soon gained a huge amount of popularity and its popularity is increasing even today.

Advantages of Angular: Angular being a complete framework can run in any browser without considering the platform. It even includes off – the – rack tools and ng components and the bi-directional data binding is it’s key feature.

Advantages of React – Prompt Rending is it’s key feature which gives it a superior hand over Angular. It includes the technology to reduce the sum of DOM operations and enhance and increase the speed of updates.

Taking into consideration all the above points, we can safely say that currently React is more in demand than Angular but at the same time we should not forget whatever Javascript suits the type of work you are doing, serves to be the best. Even Frontend development company and companies like Techasoft go by the same rule.