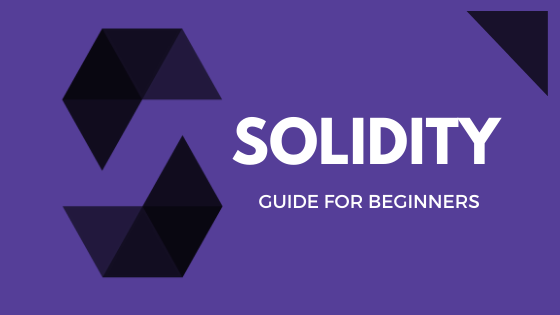 What Is Solidity? Solidity Guide For Beginners

Technology is growing rapidly and several new terms like artificial intelligence, machine learning, blockchain are becoming the trend. Smart contracts are also called as crypto-contracts, they are self-executing computer programs that enable functions like digital

If you learn solidity then you can easily become the blockchain developer. Follow the below steps to write Ethereum smart contracts with solidity and you can do programming inside your web browser for doing that you need not have to install any development tools.

If you want to learn any language then just stick with the basic to grasp the concept of coding and it supports the generic value types such as booleans, integers, address, string literals, and modifiers.

The keywords  uint8 and uint256  can be used to allocate storage of various sizes and they use the following integer data.

An address can hold up to a value of 20 byte that is almost equal to the size of an Ethereum address.

String literals are expressed as either single or double quotes and bar will represent the three-byte element.

Modifiers are used to check the coherence of the conditions defined before executing.

It is an online tool that will allow you to write solidity smart contracts, run and deploy it. Just go to the browser and start coding, use a solidity language for writing smart contracts.

Identify the Remix, the IDE for solidity

Install the Remix which is the most popular development platform for solidity smart contract and the Remix allows you to do the following.

The UI of the Remix is file editor, code editor, console, and toolbox.

On the toolbox panel, click on the “ compile” tab, and in the dropdown menu select the same version of solidity. Click on the star to compile button and tick the “auto-compile”, so that you need not manually compile the file when the source code is changed.

Compile and test the smart-contract locally to ensure the functions, and use simple commands local Ethereum node to test. You will get an instant response for testing if you run TestRPC on port 8545 like a normal Ethereum node.

When your smart contracts have syntax error then the compiler error message will appear and it is very hard to interpret. If you get an error message about the stack size there is a possibility that you have passed too many variables. If you have bad conditional in code then you will get a runtime error message.

Truffle migrate does the test deployment of smart-contract on to the TestRPC node.

I hope that the above step is very simple to follow and it is much easier for the beginners to understand. Blockchain development is growing very rapidly and if you learn to solidify then it brings more advantages for you.