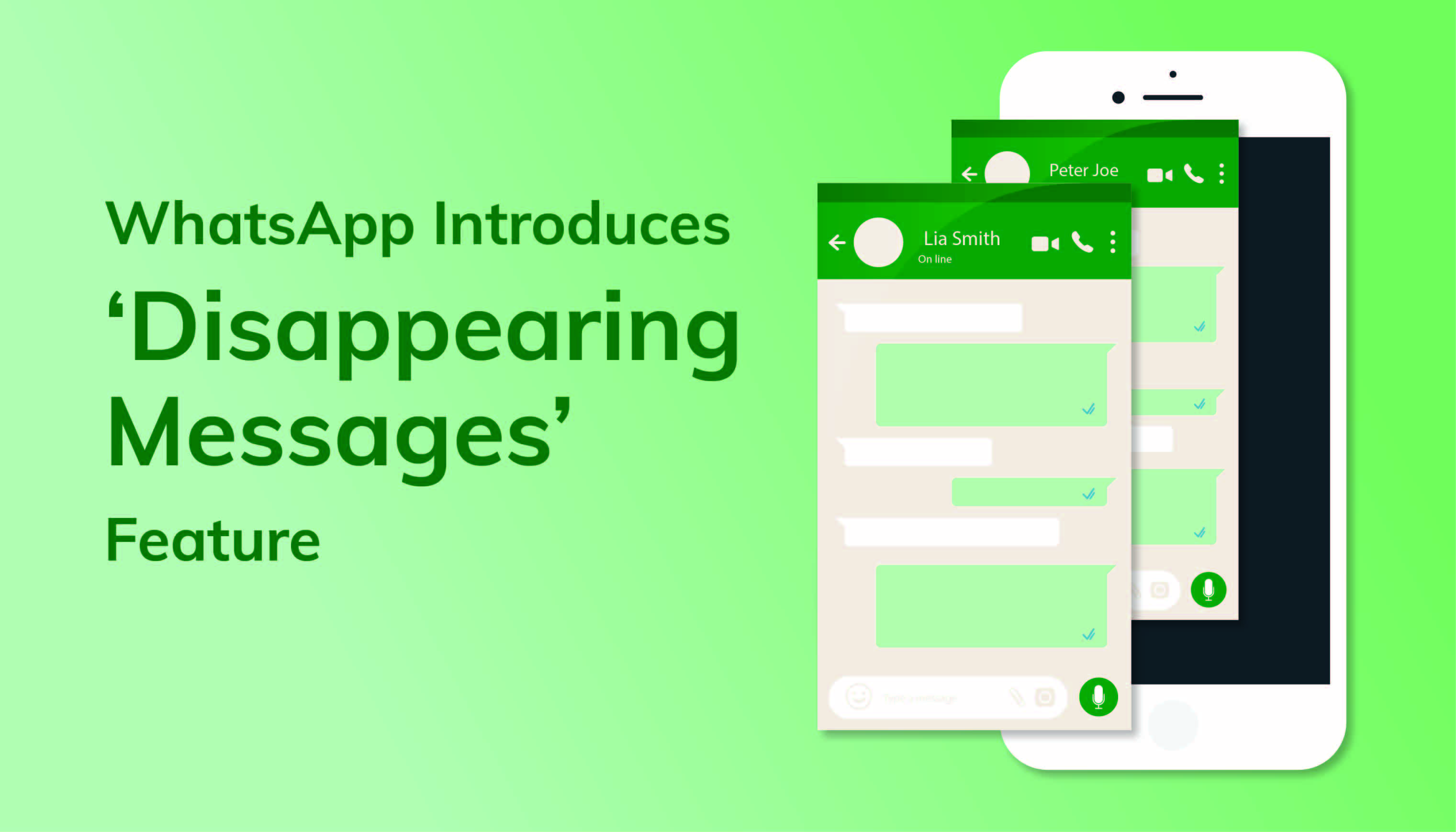 WhatsApp is a popular messaging app with 2 billion active users. It is adding an advanced feature to give people more control over how their words and pictures live within the app. In WhatsApp, more than 100 billion messages are sent every day, but not everyone wants those chats to stick around forever. Whatsapp has introduced a new feature called “disappearing messages”, which let users that their messages are not saved on the instant messaging platform forever.  It is expected that the ‘self-destruct’ automated feature will roll out for users through this month. This new update is rolled out globally across Android and iOS.

When a “disappearing message” is turned on, new messages sent to a particular chat will vanish after 7 days which makes the conversation feel more secure and private. After several months of testing, WhatsApp released this  'disappearing messages' update to help users to keep their private life secret.

This new feature will let users speak more “freely” and also strengthen privacy. Users can still take screenshots of the messages or save it in other ways, even after they have taken the “disappearing messages” feature. This feature is available for both individual chat windows and group chats.

This setting would not affect previously sent messages in a thread. WhatsApp says that this will offer a great sense of immediacy, while also let users swipe out unnecessary reminders without having to manually go back and clean up their extra storage. This feature is available for individual as well as group chats. In a group chat, the group admins will be able to enable disappearing messages featured in group chats.

Why Does WhatsApp Set A Time Limit Of Seven Days Before The messages Automatically Disappear?

When the 'disappearing messages' feature is on, new messages sent to a particular chat will disappear after 7 days that help the conversation feel lighter. Because nobody wants to keep the unwanted chats and media associated with that longer. WhatsApp said they started with seven days because it “ provides peace of mind that conversations aren’t permanent while remaining practical so you don’t forget what you were chatting about".

How To Switch On Disappearing Messages Feature:

How To Switch Off Disappearing Messages feature:

Help center functionality of the WhatsApp states that:

If a user doesn’t access WhatsApp in the seven days, the message will automatically vanish. The preview of the disappeared message might still appear in notifications until WhatsApp is opened.

Tip: you have to use disappearing messages only with trusted individuals. For example, it’s suitable for someone to

Save and copy content from the disappearing message before it disappears in the chat.

Take a snap of a disappearing message with another phone’s camera before it disappears.

Forward a disappearing message and save it before it disappears.

Take a screenshot of the disappearing message.

By default, the media you receive in WhatsApp will be downloaded to your photos automatically. If the message disappearing option is turned on, the media sent in the individual chat or group chat will disappear but will be saved on the phone if the auto-download option is on. You can turn off the automatic download option in WhatsApp settings > Data and Storage Usage.

Disappearing messages are not new - you can use them in Snapchat, Instagram, Messenger, and various other tools. Whatsapp is the most used messaging app by people all around the world. Hence, the potential harm to the app is more. Facebook-owned app WhatsApp says that disappearing messages will be 'rolling out to users everywhere this month'.