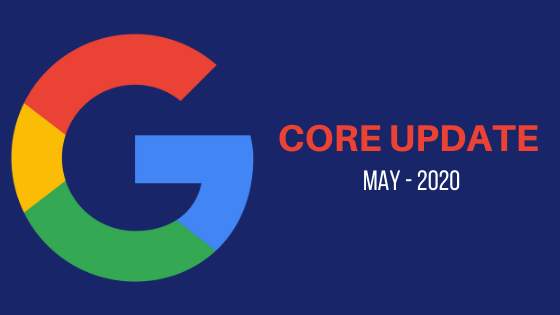 Post the attacks of the New CoronaVirus, many businesses have been affected. With COVID-19, social distancing and lock-down, the world is on a physical restriction (business too) and virtual outburst. And of course there has been an impact on the world’s economy, affecting business all over. In this whole scenario which is unfolding, SEO Service providers have been on the sidelines, away from most of the brunt.

Being the #1 Search Engine, it won’t be an exaggeration to say that for many, Google is the internet. The Google SEO is that what every business wants to master. Google usually releases some or the other change every day. The main reason for this is rather simple – ‘Improve the user experience by delivering the best results for any search’.

The Google search engine has a different combination of algorithms which ranks the webpages on its SERPs (Search Engine Result Pages). Some times in a year, Google rolls out some broad changes and updates in its search algorithms to which they refer as ‘core update’. Unlike other small updates, Google always informs about their core updates. It is because there tend to be some notable effects and fluctuations in the rankings during core updates. The major algorithmic updates of Google include EMD, Fred, Hummingbird, Intrusive Interstitials Update, Mobilegeddon, Page Panda, Payday, Penguin, Pigeon, RankBrain, etc.

After Google’s core update in January 2020, Google Tweeted on – “Later today, we are releasing a broad core algorithm update, as we do several times per year. It is called the May 2020 Core Update. Our guidance about such updates remains as we’ve covered before.” – And then chaos erupted (I can almost imagine the pin drop silences in SEO Professionals’ heart at the last of that sentence!).

Sigh! I am too dramatic! Actually a Core Algorithm Update by Google is not too big of an impact on the SEO Rankings. There are some changes occurring, however, it is because of the Search Engine’s requirement to provide results which are more relevant to the query.

However guess what came in between as a surprise creating a great turbulence here? Well of course, it’s that disease which cannot be pronounced (Mean while a bat whispers in the background ‘Corona’).

Various content areas seem to be affected in this core update, including – Health, Personal Care, Family, Finance, Internet, Local businesses, Travel, Real Estate, Law, Hobbies & makeup interests, etc. There has been a large flux in the SEO of these categories with ‘Health’ experiencing the biggest flux. This is understandable as with the impact of CoronaVirus, Health became the most searched topic. Also, when it comes to topics related to a person’s wellbeing, it is important to beware of websites which don’t have good authority. Thus, SEO of ‘Health’ sector has had an greater impact.

CoronaVirus has thus in a way affected the way Google users are searching on the internet. Thus, there has been an impact on the search trends. With the world in chaos, people are relying on internet to keep in touch with the local happenings. Thus, Google algorithm even from the last month has started including local news stories in it top stories. There has been an overall imbalance in supply and demand in this market situation, which has led to businesses less willing to pay for advertisements. Thus, this is also and area which seems to have felt the impact of May 2020 Core update.

In this overall situation, it has become important for businesses to maintain a balance between, supply, demand, quality, as well as revenue. Google’s Core Update has been released in may 2020, even though there is uncertainty within the publishing and advertising space as mentioned. And even though there are some fluctuations seen within the SERPs, Google maintains that businesses need to focus on the quality of the content, it has mentioned not to consider the changes occurring as the final core update, and not to consider wrong factors as responsible for change in SERPs. Also, to avoid Google’s results being manipulated by anyone, Google denies giving any details related to its updates, and just advices content creators to focus on quality content.

No matter what, I have to say that the May 2020 Core Update along with the New CoronaVirus, has gotten us all walking on thin ice. Also, it is important to remember that these changes incurred in Website Ranking is still as a direct result of the spread of COVID-19, and it remains of what the changes in Website Ranking will emerge out as.