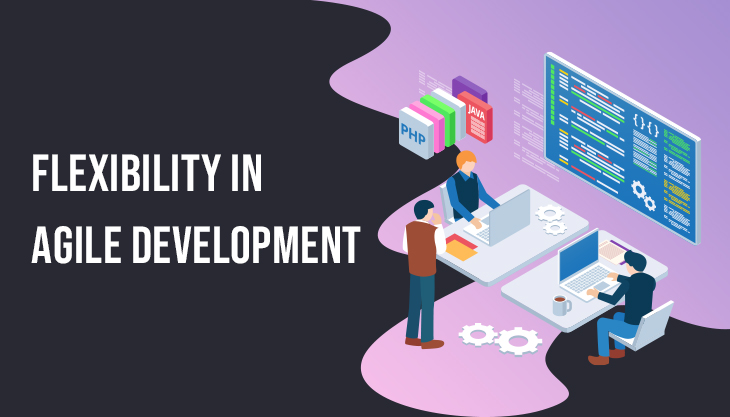 The Importance Of Flexibility In Agile Development

Bill Gates has once said – “Software is a great combination between artistry and engineering.”

While Software developing has been described as sometimes seems like an art and sometimes engineering, there are many things which goes into this process.

Back in 1970’s till the 2000’s, traditional, rather disciplined approach was being used for software development called as the ‘waterfall methodology’

Later on in 2001, emerged a modern approach towards software development which was named ‘Agile’. Today, this Agile Methodology is being adopted by most of the Software and Mobile App Development Company for developing software and applications.

As a business, if you are not into software or application development, you might think that Agile is not for you. However, software is slowly becoming an integral part of any business, and with Agile, even if you are the user of the software/application, you will be a part of its development process. Confused? Don’t be, instead, let’s try to understand what Agile is all about.

An Agile Manifesto was developed by some experienced technologists/developers (17 to be exact), based on the beliefs they had about how the development process should be. They established 4 important values for agile project developments which were –

It was clear that the intention was to let go of disciplined traditional approach of development where developers followed strict documentation and methodologies to complete the software. The Agile methodology focuses more on the involvement of the end users, and bringing the whole team on board, increasing the interactions, and planning development in small cycles instead of going for it in a single long go.

The name given to the methodology is Agile. ‘Agile’ stands for the capability to adapt to change. It is a blanket term, an approach, a way of developing a project in a manner which gives importance to collaboration and feedback-driven changes.

Statistics show that the organizations following the Agile methodologies are able to achieve their goals, finish their projects fast, and grow their revenue faster.

What Is Agile App Development?

Agile methodology, along with software development, is utilized in Mobile application Development too. Following in the key principles of Agile methodology, the mobile applications are developed with the approach of completing the development process by dividing the whole project into multiple ‘mini-projects’ or small modules or sprints i.e. small cycles of development. These smaller modules are then handled as independent projects which are assigned different teams. The teams are not much dependent on each other and developed separately.

In this methodology, the sprints being developed are tested at all the levels starting from the preliminary level. So, users are presented with the Minimum Viable Product i.e. the product which is not completed to test first. To put in other words, Agile App Development approach requires the project members to be flexible in their demeanour to be able to respond according to feedback received.

Take note here that the feedback will be given by the users. The companies developing projects following this methodology will thus, be taking the feedback from their client business, not just after they have developed the complete software/application, but rather multiple times during the development process. This process emphasises on the clients/customers rather than the developers, so that they will be often releasing their products for the users to test, and their needs will be understood, and then the development process will change accordingly.

Also, the continuous testing makes sure that the interactions between the client/customer and the developer is a continuous process requiring co-operation, collaboration, and flexibility both from the developers as well as the clients. Thus, Flexibility in Agile Development is a core focus here.

Whether you are an Mobile App Development Company or a business wanting to get a Mobile app developed for your business; you may question, ‘While Agile Development?’

Well, here’s our reasons why you need to let go of your strict hierarchy, and invest for Agile –

*Agile encourages ongoing process of development, so that you learn from the mistakes on the go, and there is a continuous progress even while a single product is made.

*It is flexible, adaptable and has lower risks. If there’s some problem within a sprint, the other is not much affected. Thus, in here, even if there are problems, they are smaller in proportion which can be solved comparatively easily rather than encountering a problem at the very end which can’t be easily unravelled.

*There is a team effort in here and every team member can contribute to the whole development because of the whole project being broken down. Also, it lets each member take responsibility for their work.

*Agile development makes for a more productive and even satisfied team.

*The quality of the App/project developed by using this methodology is undoubtedly better because of the continuous testing of the product.

Going Agile is a methodology worth responding to and investing in. It is effective, if you as a client/user are ready to invest some of your time collaborating with the company who is developing for you, so that you get for yourself the best.