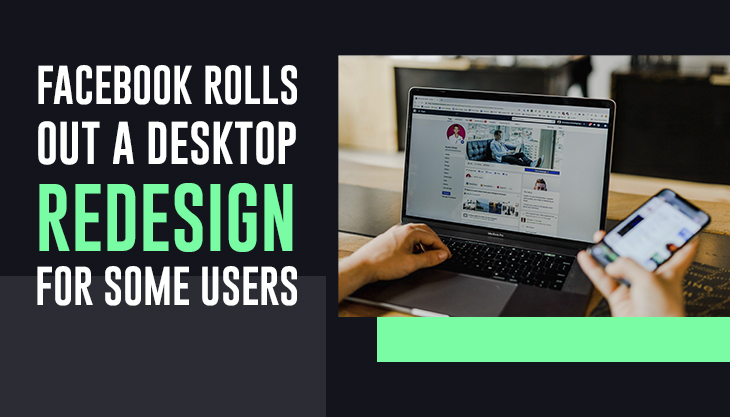 Facebook Rolls Out A Desktop Redesign For Some Users

Last year in April one of the most famous social application, Facebook had announced its new user interface for desktop app. According to the latest report of CNET, the plan by Facebook regarding redesigning desktop app will be broadly available for most users before this spring 2020 however, currently the new design is available on the desktop app that too limited only to some users.

The small number of users who are experiencing this new design will see a pop-up message that offers them to test desktop app redesigning what Facebook calls 'The New Facebook', as soon as they login into the Facebook. If the users agree to test the new user interface then they would be able to experience what Facebook has done in this major update.

In this new design, the website can be used in both white and dark mode depending on the user's convenience. This redesigned version of desktop mode will be modern and less cluttered moreover it will be faster and will provide users an immersive experience. Communities and group will become easier to find after it rolls out publicly. This initial test is performed to find bugs and glitches so that they could be resolved before rolling out the version globally.

Facebook has changed over the period of time by introducing several new things and feature but now the time has come to change the design of Facebook UI. It will be interesting to see what Facebook has got for us in their new design although all the new features are known till date but final words can be made only after it gets rolled out globally on all type of devices.