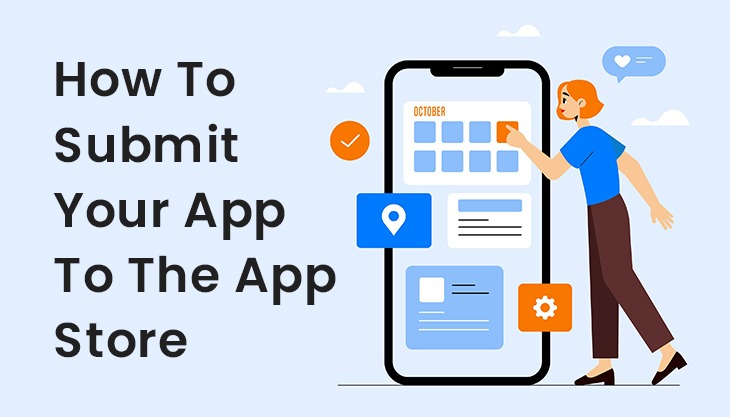 How To Submit Your App To The App Store

The App Store is a huge place, and each week there are hundreds of newly released apps. It's very hard to get noticed — but it's not impossible!

There are many ways you can market your app outside of the App Store – through third-party websites and blogs, social media, and even at events. But if you want to increase downloads and revenue from within the App Store itself, you need to learn how Apple's review process works.

You're either launching your first app or haven't done it in a long time. It's not as simple as pressing a start button to submit an app to the App Store, but it's also not as difficult as it may appear.

This guide assumes you've previously joined the Apple Developer Program, that your app complies with Apple's App Review and Human Interface Guidelines, and that you're ready to release. It's an updated version of Gustavo Ambrosio and Tony Dahbura's excellent tutorial, complete with information from the most recent version of Xcode, which simplifies some of the processes and more context from Apple's own documentation. Here's how to get your app into the App Store for beta testing or to go live in the App Store.

What Is An App Store?

Customers may download or purchase software and programs through an app store, which is an online platform for them. With the advent of tablets and smartphones, the idea of having an app store grew popular, but it has now been expanded to desktop OS systems and Web browsers. Users may download and install Web-based programs from app stores in web browsers such as Google Chrome and Mozilla Firefox.

An App Store is a collection of both free and paid applications that has been pre-approved for usage on customers' devices. Through their device's app store, they may explore the program, buy it (if it's a commercial product), download, install, and update it.

All of the main mobile operating system vendors, such as Google, Blackberry, Microsoft, and Apple, have their own app stores, giving them control over the apps available on their platforms. Third-party software shops are also accessible online, such as Cydia for jailbroken iOS Apple devices and Amazon Appstore for Android.

The Process Of Submitting An App To The App Store

The app store charge is a payment that users must pay in order to publish apps and make them available for download and installation. To begin, follow the procedures listed below to ensure that your program is successfully published on the App Store. We'll go through the Apple App Store and Google Play Store, two different app marketplaces where you may submit your app.

One of the most popular venues for advertising, selling, and distributing Android apps is Google Play Store. On most Android smartphones, the Play Store may be found on the Home Screen.

Users must adhere to the platform's own set of rules and regulations in order to avoid future problems. Let's have a look at how to get your app on the Google Play Store:

* To an app release, upload the Android Package Kit.

* Pricing and distribution should be established.

* To publish your app, use a rollout release.

To have the app published on the Google Play Store, follow the processes outlined above.

When Should You Submit Your App?

There are multiple ways of promoting your mobile app. You can use social media, paid ads, press releases, or even email marketing. The problem with all these methods is that they are very expensive and time-consuming.

I have a solution for you, which will help you avoid the costly mistakes that most people make. I’ll show you how to submit your app to "the Google Play" and "the Apple App Store" without spending a penny on advertising.

Your app can be submitted to the Google Play store whenever you are ready for it. There are no set guidelines regarding when you should submit your app, but there are some pros and cons of submitting early versus late.

If your app is ready before the holiday season, then you will likely get more downloads by submitting it during this time frame. This is because people will use their new cell phones on Christmas day to play with all of the apps they got. However, if you wait until after the holidays, there will be less competition in your category.

How To Get Your Apps Reviewed Faster!

Getting your app reviewed on the App Store is a difficult task. The more complicated it gets, the lesser are the chances of getting noticed by Apple. A lot of developers give up without waiting for an official review from Apple. This shouldn’t happen since Apple does review apps even before they are made available in their online store.

The key to getting noticed by Apple is to meet their set criteria and get through their review process faster than other apps that have similar features. If you think you have created something unique, then submitting your app for approval is just a matter of time,

Your Small Business Community Is Your Advocate

If you followed the steps mentioned above and finished each one, you've made a significant step toward submitting your first app to the App Store - congratulations! Hopefully, the procedure is now more manageable.

You'll learn all you need to know about actually submitting your app to the App Store in Part Two of this instructional series on how to publish an app, while also learning more about Xcode's Automatic Device Provisioning

Please participate in the forum conversation below if you have any questions or comments regarding what you've done so far.

The Good, The Bad, And The Ugly Of Submitting An App

App submission is a time-consuming and difficult process for any company. There are challenges that come with the app submission process that most business owners don’t realize until they get into it, or read about it online.

The good news is that Apple has made some recent changes to streamline the app review process and increase its transparency. The new change specifically makes reference to how long an app will remain in review status – which, according to reports, is now as little as 24 hours! While we can’t guarantee how long your app will stay in review status.

To Wrap Things Up

Kudos! You're now ready to make your own app and get it published on the App Store. After you publish your app on Google Play, it will submit all of the app's comprehensive information to Google for evaluation. It takes around two hours for your app to be published on the Google Play store in the areas and countries that you choose. After spending countless hours building Android software, the moment has finally come to launch it on the Google Play Store. With over a billion active Android users, taking the initiative to create and launch your app will put you in touch with millions of people all over the world.