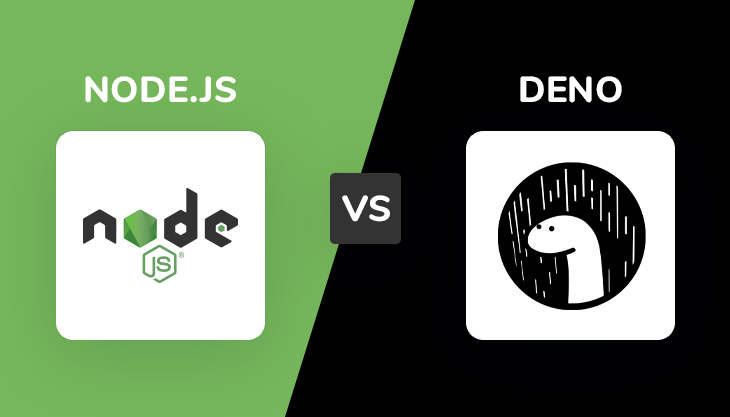 Node.js Vs Deno: What You Need To Know

Deno vs. NodeJS has been a hot topic for comparison, both are created by Ryan Dahl. Moreover, NodeJS was the first created Run script by him and he has been working on Node since 2009 but in 2018, he gave a speech on 10 Things I Regret About Node.js, in which he also announced Deno as a modification to Node.is. Deno is a new JavaScript & TypeScript Runtime and in this Deno, he fixed the regrets he had with NodeJS. Deno was launched on may 2020 with a lot of improvements, like node, deno is also built on the V8 engine and there are a lot of similarities between both the projects. In this article, we are going to see in detail about Deno vs. NodeJS.

The Top Features Of Deno Are

Both Node and Deno are Javascript runtimes, enabling Javascript code to be executed on a computer outside of an internet browser.

The latest version of Node supports Javascript syntax & features and also supports 75 percent of the ES2020 spec. If you want to Run typescript on Node, the code needs to be compiled to JavaScript that the V8 engine can execute.

It also uses V8 Engine as the Node.js and it also supports features like Promise.allSettled() and the global this keyword. In Deno, ECMAScript modules are default and it also supports TypeScript language hence no installation of additional tools required to transpile to JavaScript.

Node and Deno both enable developers to write programs that can do things like reading & writing, and send & receive network requests.

On the early stage of Node, there was no built-in support for promises but now the newer version of a node gives access to promises and the await syntax, the APIs expect callbacks in order to keep backward compatibility.

Deno’s API has been designed to take advantage of modern JavaScript features and also it supports top-level await, meaning you can use await in your main script without the need of wrapping it in an async function. Deno offers a global window object, and APIs such as addEventListener and fetch.

Deno offers a compatibility layer that enables you to reuse existing Node packages and also it supports loading common modules via require(), among the various things.

Package management is the field where Deno shows a radical departure from the Node’s style of doing things.

In Deno, packages are directly linked to URL and when you run the code, Deno fetches and compiles all the dependencies.

After that, they are caught on the file system, specifically from your project, and also Deno enables you to specify a lock file that will be used to ensure that only dependencies that match the exact version you imported will be used.

Node has a vast ecosystem with loads of libraries and packages. From its launch, over a million packages have been registered on the npm registry.  But the quality can vary a lot, and many are not actively maintained.

Deno is purposely trying to avoid the requirement for a package manager or registry, by enabling scripts to import modules directly from available public URLs. Deno website maintains a list of compatible third-party modules of about 707 numbers.

Deno offers a standard library of helpers and utilities for common tasks. All the available modules are audited by the core developers to make sure high-quality and dependable code.

The additional feature of Deno over the node is the permission system.

The runtime of the node is very permissive, enabling code full access to the device network and file system.

Deno has excellent security and all code is executed in a secure sandbox environment.

This will prevent code from having access to things like the file system, network, and environment variables.

Deno has several advantages over the node and read Deno js tutorial to become a pro on that typescript. The main motive of this Node.js vs Deno article is to provide a better understanding of both Node and Deno.