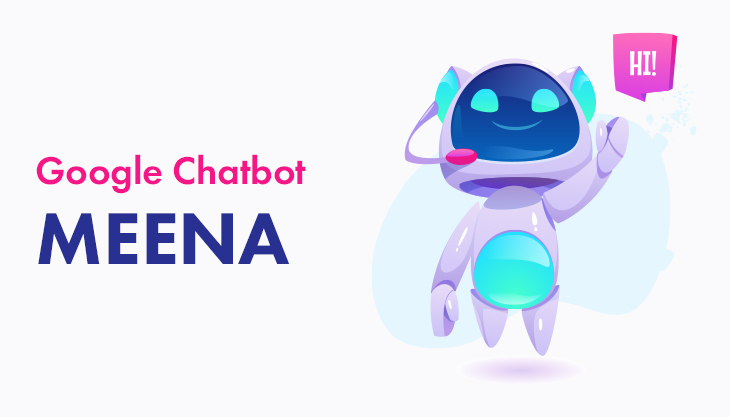 Here is all you need to know about Google's new "Meena" the Chatbot.

Google’s New Meena chatbot mimics human conversation and Bad Jokes too. The latest buzz about Meena - the chatbot is everywhere on the Internet since Google announced the invention of Meena in a new research paper. Google claimed in that New research paper, that it is the most advanced, chatbot ever created. According to Google, Meena the chatbot can take on a discussion at a level that seems far more like talking to another person than any existing chatbot. To validate its claim, Google’s researchers also designed a completely new test for measuring how much sense chatbots make in their conversation.

Scientists built Meena to be responsive to user's messages and to stay on topic. Meena is expected to behave more like another Human being as possible. Meena was developed as an open domain Chatbot, to meet those objectives. Google's Meena is designed quite different than just a chatbot service, Meena can apparently talk anything and not just the programmed topics that exist into it.

Usually, a chatbot that can take on an open-ended discussion is probably very powerful. Google’s investment in chatbot Meena is only one of the numerous efforts. Developing a social AI that can hold up a conversation is the purpose of the Alexa Prize. The concept is that by making voice assistants better at conversation, people will be more likely to blend them into their lives, purchasing and using smart products. And there is a strong indication that people prefer a voice AI that reflects their own way of communication.

A recent Apple research observed that people are more likely to esteem a voice AI that can mimic them. Merging chatbot AI and audio nods to mimic the speaker should make for a voice assistant people are very comfortable with. Even with their current constraints, voice assistants have previously been shown to decrease the loneliness of older people, according to British research.