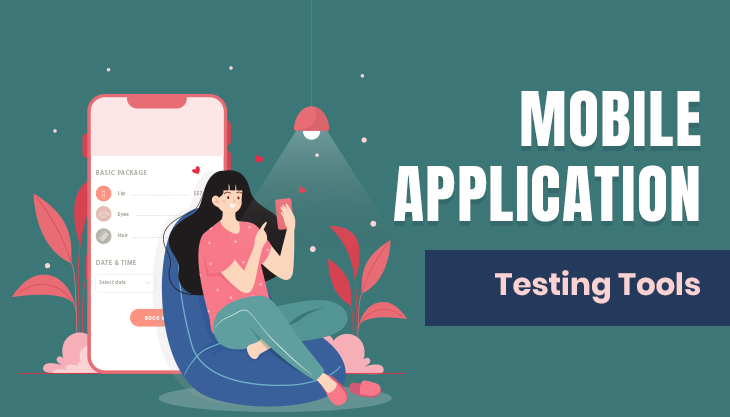 The number of Smartphone users today has gone above 2.7 billion, there are 2.47 million apps on Google Play, and 1.8 million apps on Apple App Store. This statistics is an indication of the large number of businesses which already have and which are thinking of opting to make Mobile applications their businesses into. In short, Mobile App Development undoubtedly is in much need today in 2020 with the increasing mobile phone usage (which by the way is more on increase as it is a post COVID-19 world). And while the numbers of mobile app users as well as the time spent on them is rather high, the rate of uninstalls is high too. So then what is the reason for users choosing to uninstall your applications? A survey shows that if an Application is crashing it’ll cause 71% of uninstalls and 52% users don’t prefer a brand with which they had bad mobile experience. Now that we know what may be one of the major reasons your app users are letting go of you, we need to work to stop it.

Testing of mobile applications is an important aspect of Mobile App Development, which is sometimes not given the importance it is due. Stats show that 47% of applications need more time for testing. Mobile Application Testing is the need of the Development processes in which mobile apps for Android, iOS, tablets, etc. are tested – for its usability, functionality, as well as consistency. Mobile Application Testing Tools are a great way to carry out this testing. Any Mobile App Developer needs to know which are the best tools and the purpose for which it’ll serve and be well versed with how to use them. Below is our best list of such tools.

Appium is a tool for open source automation of mobile apps for native, hybrid as well as web-based Android and iOS platforms. It supports all built-in browser apps on Android and Safari on iOS. This tool does not require any app code and with this tool. Using it Functional testing can be done using the device or emulator itself.

It is a rather enhanced version of Appium, and allows for release of high quality mobile apps in relatively less time. In short, it is more improved and allows testing of utility across any local, web, hybrid, or native device. It makes screen captures and recordings and produces properly ordered reports.

Calabash is another open-source tool which consists of libraries of test-codes that allows for pragmatic interaction automated testing across native Android Apps and hybrid as well as native iOS apps. It supports cucumber framework, and enables testers to use English to express the behaviour of the app. Also, it gives access to Xamarin cloud service.

Kobiton is a cloud platform or rather experience platform as it markets itself. It can run tests across web as well as hybrid iOS and Android apps, allowing for a seamless experience for the testers. This tool supports Appium open source of framework and is capable of running manual as well as automated tests across devices without any script modifications. The tool has automatically generated commands, metadata, screenshots, and activity logs, so that the identification of issues can be done faster. It gives on-demand access to real devices, allows for instant health-check across a number of devices, enables increased collaboration between the different teams in testing processes.

Monkey Talk is an open source iOS and Android App testing tool, having the scripts, IDE and operator segments. It is is rather easy to learn and set up and can be run for native, hybrid as well as web based applications. It can carry out little smoke tests, tough data-driven tests, etc. It has inbuild support for Hudson and Jenkins which allows for continuous integration. Also, whenever there is an error or failure, it catches screen capture.

Monkey Runner is an mobile app testing tool which is written in python and facilitates for automated and manual testing of devices and apps at the functional or Framework level. It allows for functional testing and regression testing of android apps. It also enables extensible automation and control across multiple devices.

Robotium is one of the automated Mobile Application Testing Tools which is designed for UI testing across native as well as hybrid apps. It prepares test scripts using JavaScript programming language and enables writing function, user and system acceptance, etc. This automated black-box testing tool tests Android apps along with TestDroid Recorder. And yes, it is an android only application testing tool.

Selendroid is an open-source framework Selenium designed for androids and can interact across a number of emulators and devices as well as native and hybrid apps. Its test code is based on WbDriver API and needs to be written using Selenium 2 client API

Testdroid is a tool for testing mobile applications as well as Agile development. It allows for automated and manual testing on iOS and Android apps across real devices. Its API is provided through open source software. Testdroid is great for reducing operational and other pheripheral and unpredictable costs behind application improvement. Also, it helps publicize your application, increases your application ratings, and improves your everyday dynamic clients.

TestComplete is an app testing tool which allows to create and run automated UI tests using either programming languages such as JavaScript, VBScript, Python, etc. or script-free record. It is developed by SmartBear and tests the quality of the ship and software. Also, it helps to identify dynamic UI elements with the use of AI powered and property based visual recognition. The app supports Android and iOS devices and the tests can be run across native as well as hybrid mobile.

These 10 Mobile Application Testing Tools make out top list of testing tools which all the testers as developers need to know about to ensure proper functioning of the native, hybrid, local apps for Android and iOS devices. They are the tools which are going to make sure, that the ultimate user experience of your app is great so as to retain your users, and ultimately get you good returns.