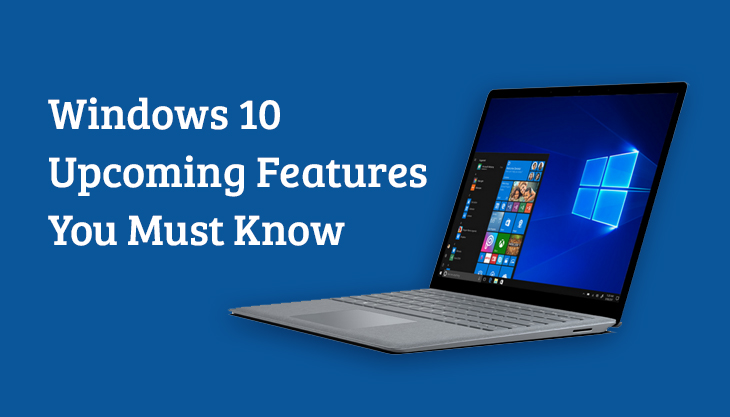 Microsoft released the last update, named as 19H2 of Windows 10 back in November 2019. It was a mixed small update that included several features, such as enterprise features, quality enhancement, performance improvements, and bug fixes. This year Microsoft is going to release the Windows 10 20H1 update, which will release near about in May 2020.

Last year Microsoft decided to split their whole update into two parts, first, the secondary update i.e. 19H2 of Windows 10 and second, the full-fledged update, which will be rolled out in May 2020 and can also be said as the successor of 19H2.

So, here are some features of the upcoming update of Windows 10 that you must know before it reaches to you in May.

Microsoft is upgrading the Cortana's experience in a whole new way by adding a new feature to it. After updating the new version of Windows 10 you can type your queries instead of saying them loudly. You will also be able to move around the Cortana panel on your desktop. In Windows 10 Cortana supports both light and dark themes that have an immersive user experience. Microsoft has also said that in the new update performance of voice assistant, i.e. Cortana is increased significantly and will also support new speech & language models.

2) Event Creation From The Calendar Flyout

In the 20H1 update, users can create events directly from the calendar flyout in the taskbar. You just need to select date and time at the lower corner of the taskbar to open calendar flyout and choose the date & time of your event and type your desired description about the event in the box.

This update may also include renaming their virtual desktop. For that, one has to either press WIN + Tab or can reach there by opening task view and after that select task view icon in the taskbar. After following these steps you need to select a new desktop > desktop name, which allows you to edit it. You can also perform this by right-clicking the desktop thumbnail and a context menu will appear, in which you can write new name and press ok to make changes.

Users will experience faster searches in 20H1 update as Microsoft has added some quick web searches, which includes top news, weather reports, today in history and recommendations of latest movies. To get access to the quick web answers, one has to select the search box icon to open it, followed by different search buttons. You just need to type your desired query in the search box for which you want quick results.

In the 19H1 update of Windows 10, Microsoft included an enhanced search mode and in Windows 10 20H1 update you will see some improvements in this feature, which also includes excessive disk and CPU usage, the low perceived value of the indexer, and other performance issues.

In this update, Microsoft is also introducing a new algorithm that can identify high disk usage and other activities so that the system can adjust itself in peak usages and will automatically manage the indexer.

The latest update will also come with emoji 12.0 support. Whenever you press WIN + (period) or WIN + (semicolon), the emoji panel will appear on the screen and you can also search emojis using keywords by clicking on ‘searchable emoji panel’. Some examples of keywords are waffle, ballet shoes, otter, sloth, and many more.

In the current version of Windows 10, you can set bandwidth limits for Windows update in percentages only but after releasing this update you will be able to set a precise bandwidth limit of your choice while downloading updates. This setting gives you more grip over controlling your data as per your requirements.

In Windows, the updates get automatically installed, but some updates aren’t important at all. Now, in the upcoming update, Microsoft is adding a new feature that gives you more control over optional updates. In update & security, you will see “view optional updates”, here monthly non-security quality updates will appear that is not necessary to download.